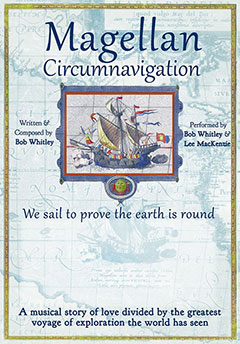 A musical storytelling of love divided by the greatest voyage of human exploration the world has ever seen, Magellan Circumnavigation plays Lighthouse, Poole’s centre for the arts, on Thursday 7th May.

Written and composed by Bob Whitley who performs with Lee MacKenzie, itís the story of Ferdinand Magellanís mission to find a passage through the South American continent. Setting sail from Seville on 10 August 1519, an armada of five tiny ships and 237 men edged into history. This was a time when sailors believed in gigantic sea monsters, demons, boiling seas at the Equator and magnetic rocks that drew nails from shipís timbers. They also believed the world was flat and feared they would sail off the edge into oblivion. 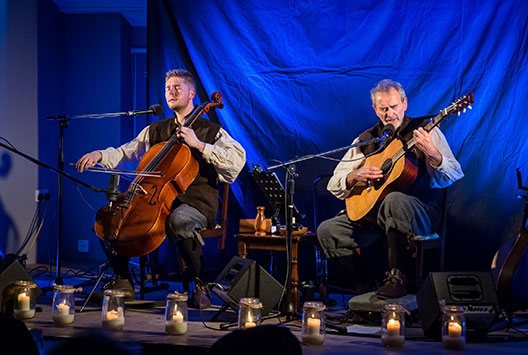 Three years, 28 days and 60,000 miles later, one ship and 18 circumnavigators returned. This is the story of one of those sailors and his wife at home, mirroring the parallel story of Ferdinand and Beatriz Magellan.

Poole-based songwriter, multi-instrumentalist and composer Bob Whitley has been at the heart of the local folk music scene for more than 20 years and has worked on a number of musicals for stage performance. In producing Magellan Circumnavigation he has worked with Dorset-based cellist-vocalist Lee MacKenzie whose background in Archaeology and Prehistory is as well suited to the piece as his musicianship. 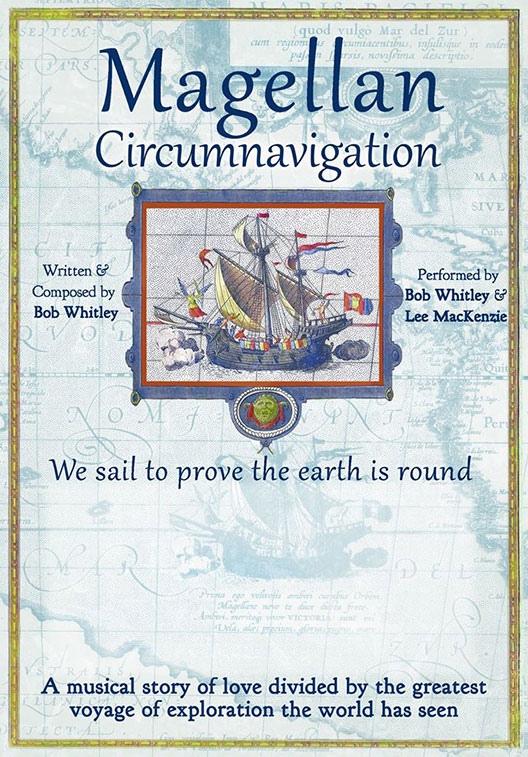